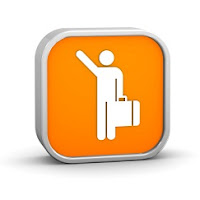 I've been very remiss in updating this blog over the past couple of years and I'd like to kick start it again. I get a lot of enjoyment and learning from writing this blog and I've had a lot of feedback to say that others also get that same enjoyment.

There has been a lot of things happening over the last two years.

I've found it very sad that I was placed into a position where I had no choice but to return to New Zealand from where I was living in Australia. I loved Australia and the people there. New Zealand has wonderful people too but I had built up a number of friends in both Melbourne and Sydney and a even few in Perth (although I never actually got to Perth).

My main areas around application development teams has been a joy to me in my contracts, and although my secondary area of Marketing has also been of use, it's the team and the process that has always been of greatest interest.

This last few years has seen me in different contracts as a Marketing Manager; a Software Development Manager for a government department; and a Software Consultant for a team with a great product now in Wellington New Zealand.

Over this time I've been very involved in a number of projects and technologies so there is plenty of interesting bits that I can delve into. I'm back on the Blog scene again and will update this again shortly.

While I was away I had so many spam posts that I had to switched off the ability to comment on my posts. I feel sad that I have to apologise for the stupidity of a lot of people - mostly Indian programming companies touting for work by adding posts that said things like "I agree" and signing off with their company link. Those posts will be removed and the company reported to the blog hosting company so they will be blocked.