(continuing on from “Leading the Highly technical Team”)

The thing about leadership is that its such a large subject and there are any number of books and other writings on the subject. The point that I'd like to make, stated in my last instalment, is that leading technical teams has some very different aspects to leading other teams.

However some things don't change. There are lot of young people who have been placed onto a leadership role and have had no training or mentoring and in these days of tight training budgets, and no place to get it. Often these people are given those roles due to nothing more than their technical knowledge. It is my hope that this series will give those people some basis for their new career.

Firstly, for those who are starting in on this path I will congratulate you. You have shown that you do have the ability to lead, even if you don't yet realize it. To get to this point you have not only shown leadership in the past but you probably also have the support and recognition of your peers. All you need is some training.

Let's cover the bases first, in no particular order a good team leader…

Empathy itself is a large subject and absolutely essential for leadership. Without it you are nothing more than a manager and possibly a tyrant. 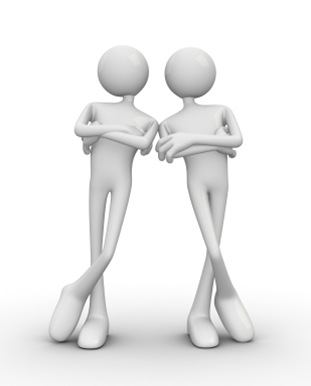 Empathy means to have an understanding of another person's viewpoint. Not just knowledge of, but “understanding”, there's a big difference. Some have described empathy as "Agape".  Agape is a Greek word with several meanings relating to a type of love. In this case the meaning I’m using is of a brotherly type of kinship, understanding, placing yourself in another’s shoes, a non-physical, non-sexual type of love. Not the English word or meaning of love but something that still means a positive emotional, yet professionally appropriate, feeling towards another.

Don't confuse this with agreement, its not necessary to agree with someone to have a true understanding of their viewpoint. This empathic feeling goes towards the team as a whole as well.

Often during this series I'll be talking about the individual and the team as if they are entirely separate and this is definitely the case. The team is like another identity that takes on it's own role and personality. I have even seen teams hell-bent on doing something that none of the team members want, usually a very bad situation, however it goes to show that the team itself does take on a personality of it's own. It's up to the leader to ensure the team's personality is in harmony with those in the team, and with the positive purpose of the team.

It is then with this empathy that the leader can understand the person's position and feels a genuine compassion for the circumstances, but in their position of management he/she also must take into consideration all the other factors surrounding a decision and acts accordingly. Being empathic, the leader will let the person know that he/she understands their position and communicates both his/her understanding, and the final decision equally.

I can almost hear some readers say that this talk of empathy will show a leader to be weak. Not at all, in fact I might suggest that if you are at all worried about appearing weak to your team, then perhaps you may have to reconsider how you interact with them. Are you leading them from the front, or are you chasing them from behind?

Weakness suggests that you can’t make those all important decisions and are easily led. We’ll get to those hard decisions in a later part of this series, but I’d suggest that you don’t even go there for the moment. You don’t want to appear ready and able to be the hire/fire kind of boss that looks around only to find no-one there.

Empathy has nothing to do with either strength or weakness. It has to do with understanding your team.

For the technical team this takes on another dimension. It is rare indeed that the leader has all of the skills of the team. I’ve heard even recently a manager claim that he would never ask one of his team to do something that he would not be able to do. This is a fallacy, in a technical team all the team members are there because they have specialist knowledge that is sometimes very unique. Its not possible for a leader to do everything the team members are able to do unless the members are reduced to a single skill level. Not a very effective team in most cases.

I couldn’t do half the things my wife does and she could not attempt to do a lot of what I do, yet we make a very effective team. As leader I have led teams who program in several languages on several platforms and have qualified skills that I could not master without the years of training and experience that they have. This I consider ideal as every member of every team is different. I have great admiration for the skills of the team members and this in turn prompts me to do the very best for the team; to be there for them when they need it; to listen; to stand for them against others; and to serve in the best way I can to allow them to use those unique skills. That is empathy.

Rather than weakness, this empathy is what allows a leader to make what are sometimes very hard decisions for the good of both the team and its individual members. 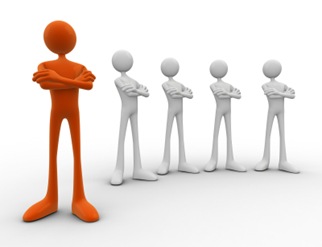 that is extremely demanding. It is very different to other teams in many ways. A highly technical team is made up of artistic individuals who have a world of knowledge, skills and experience in their own technical areas. The highly skilled technical engineer, developer, programmer, or analyst are not generally known for their people skills. This results in every individual of the team wanting to head in their own direction, each certain that their choice is the right one and demanding that others follow their direction, even the boss.

They not only fall into the “we’ve tried that before and it didn’t work” attitude for every idea, as do most teams anywhere, but these individuals also are more likely to get upset with any changes, need to feel more status than others, and need to be recognised for their often very unique skills.

I have been very fortunate to have made a career out of leading technical teams, sometimes multi cultural, sometimes leading several teams based in different countries around the world.

When thinking about this recently I began to wonder about a question often asked, what makes a good leader? I’ve heard it said that people can be born leaders. Absolute rubbish! People are not born leaders, rather they are a product of the experiences they have and the people they meet. Its those experiences and the advice and ideas they get from people they grow to admire that gives them the tools and mindset to lead others.

Sure there are various skills required to be, for example, a development manager - project management and methodology understanding are some, but I'm not talking about management, I'm talking about leadership. The difference is that a manager manages things but a leader leads people.

Its not much help having a masters degree in project management when your team has no wish to do the project, our you are faced with a team member who wants to undermine you and your project in order to get recognised by the boss above you. Sure you can threaten dismissal or some other disciplinary action but that's not necessarily leadership.

Leadership is having empathy with the team and the individuals within the team, and the ability to focus that team towards a common goal. Providing a common direction is a difficult task for managers and it takes leaders to turn a team towards that common goal.

It’s a sad and unfortunate fact that there seems to be more managers these days than leaders.

I've been playing around with Word Tags or Word Clouds recently and was directed to a website called Wordie (http://www.wordle.net).
This website allows anyone to create word clouds from their favourite websites. Here's mine from my blog. 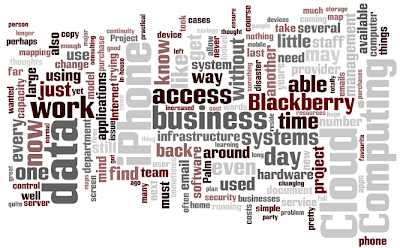