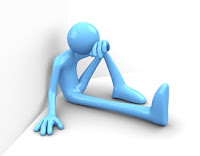 It's been hard to miss, the financial crisis of the last few years.
There have been some real horror stories coming from the United States on the employment scene with many people losing everything, starting with their jobs. In one case I know, a person with a well run retirement fund that had grown to around 14 million, was reduced to a few hundred thousand in a matter of a few days. Things are a little better now but the fabulous retirement that was planned will now never be.

Australia fared reasonably well on the world stage but still suffered some serious concerns for both full time employees and consultants. The downturn meant that few were hiring. I spoke to an employment agent in Sydney during that first 18 months. His business was not doing very well and he told me that although you could walk the streets in Sydney and see crowds of people in business suits going about their work, it was his estimation that at least a quarter of those you saw on the street were looking for work. I considered myself very lucky to have found work during that time.

New Zealand did not fair as well. When I returned to Wellington at the end of the first quarter last year, I took up a contract with a Government department here. Paradoxically, this contract itself would not have been available except that there was a freeze on employment and they took in a contractor instead. One of the few management positions available for contract. During that time we were able to employ a number of others into short term contracts for necessary projects.
In the interviews, it was immediately obvious that every person, some very highly qualified and experienced, had a large gap in their employment. The financial downturn turned a lot of very good people out on the street. The look behind their eyes when we discussed this with them showed the horror of the times on their personal and family lives.
Things are just starting to get a little better but there is still a long way to go before we get anywhere near the heady days of only 5-6 years ago.