It's a little off topic but I've been using it so much these days I thought it worth a mention. 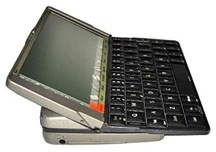 As mentioned in another post, I've used PDA devices since the late 90's starting out with the Psion 5 before I moved on to the very successful palm pilot, specifically the Palm Tungsten T. I switched to windows mobile with the purchase of the Palm Treo 700w a few years later and in the last year I have had an iPhone and a Blackberry and now back to an iPhone.

My favourite was the palm tungsten with the great screen and huge array of very useful applications. It never left my side. It wasn't a phone at all but it was a very practical PDA device. I admit I've been struggling to find a replacement as genuinely practical as that little device since.

The Treo 700w running Windows Mobile I found frustrating. The tiny screen did not allow the lengths that I took the Tungsten to with, for example, running spreadsheets and viewing the calendar showing handy icons (in a third party application). And the little keyboard took ages to 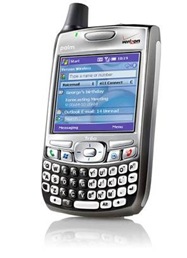 learn effectively. I admit to reverting to Palm's hand writing characters as a preferred way of entering a reasonable amount of text.

When I got my first iPhone I was dismayed. I couldn't even find a spreadsheet - one of my most useful tools. There was no copy and paste which was screamingly annoying and it just didn't have the power and usefulness I was… well… used to. Then, surprisingly, over the next couple of months I grew to understand the iPhone. It wasn't trying to be a PC and it did have it's limitations, but accept that and you ended up with something, although not nearly as powerful as other systems I've used, was very practical all the same. The penny had dropped and I finally understood the iPhone.

The iPhone was supplied by the contract I was in at the time and when that was completed I handed that back. 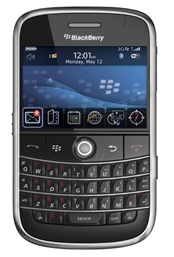 The next contract supplied a Blackberry Bold 9000 as a standard device. Aha, I thought, back into the "blue suit" of devices. The Blackberry was the true workhorse. No time for nonsense like enjoyment. In my role controlling several development teams around the world and the fast push email processing I was getting emails all day and night. But the workhorse was solid and reliable ... Once I had ironed out the bugs.

Turns out that the very limited memory for applications meant that every application had to be specifically closed down or the memory would soon fill up. Filling up the memory would slow the system down so much the device would be totally unusable until you were able to either reset the Blackberry, or wait long enough for each painful command until you got to a point where you could shut down enough apps for the system to work again - and even then sometimes it still needed a reset.

This also prevented loading other applications so I was left with a pretty boring, yet (if I remembered to close each app regularly) a pretty effective one.

One feature with the Blackberry that took me a while to get used to was that it didn't have a touch screen. No stylus, no finger pointing, just a little trackball controlling a cross-hair cursor. I will taper this with the fact that I'm an experienced PDA user and was forever trying to "tap" a link rather than move the cross-hair to it and "select" the link. I never got used to that but passed it into a learning experience, like learning to drive an automatic without trying to depress the clutch; or learning to be a passenger without trying to use the brake pedal.

I did have a pretty major issue with it though. As I received so many emails that demanded my reply, I was annoyed to find that the Blackberry would "send me" every email I sent. In other words, not long after I fired off a quick reply I would receive another email. With so many emails coming in I would be forced to bring out the Blackberry again and check, only to find it was the email just sent and if I didn't open it to read it the Blackberry would forever show up that I had xx unread emails. Not something that endeared me to it after a while. I could not find a way around that issue. 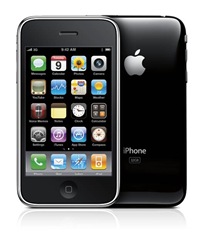 Recently I had an opportunity to purchase another phone so I looked at all the offerings.  Having a long and enjoyable relationship with Palm products I really wanted to get the Palm Pre but it's still not available in Australia with no signs of it ever being released here.

I opted for the simplicity and sheer "nifty-ness" of the iPhone. The new 3Gs version was out here which answered a lot of my earlier issues. I am so far quite pleased with it. It's taken me a while to learn to type on it (all my recent blogs have been written on the iPhone and transferred to the PC for spelling and formatting. It keeps insisting to replace Aus words with their American spelling so I have to keep an eye on it. World domination ain't here yet people and we spell our words using S's and there’s no such thing as a Zee, they’re Zed’s

But back to the iPhone and I find that the number and power of apps has increased dramatically in the last year. Yes there is even a spreadsheet now and clunky as it is, I can use copy and paste at last. I enjoy the wireless connection meaning the huge amount of data I paid up front for, hardly gets used at all as the danged thing keeps finding home, work, and free wireless connections to use.

Below, a few screen dumps of some of my more favourite iPhone apps. 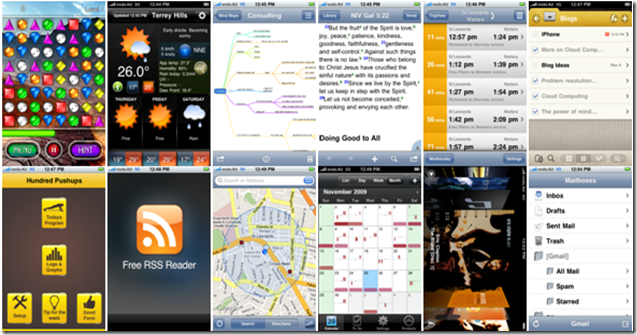